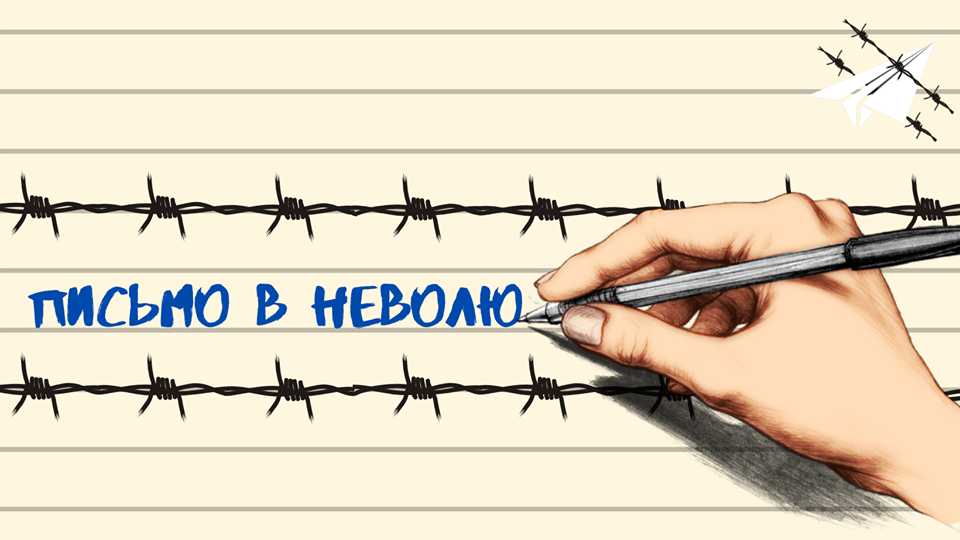 “The Crimean Process” public initiative, which monitors the politically motivated prosecution of Crimeans, is launching a new “Letter to Imprisonment” project. The project is intended to encourage Crimean people and the residents of the mainland Ukraine to write letters to the political prisoners from Crimea, which serve long prison terms in the territory of Russia.

This was reported by IPC-Kherson with reference to the "Crimean Process".

Mykhailo Batrak, the coordinator of the “Crimean Process” initiative, informed “IPC-Kherson” about this.

“The authors of the project believe that such letters from complete strangers will provide the strongest moral support to Crimean political prisoners. Moreover, the significant flow of correspondence will greatly protect them from excessive pressure of the penitentiary administrations. Prison staff will receive clear evidence that the fate of one or another political prisoner is being watched by many people.

There are difficulties in delivering postal messages to Crimea, where some political prisoners remain under investigation process, and there are problems with organizing the return letters and in search of recently released prisoners. And also there may be difficulties in question of who should be considered as a political prisoner or who should not be so. Yet, on the other hand, there are at least 75 of our fellow citizens in Russian prisons, who have suffered for their political or religious beliefs. So it’s about time to start doing something for them. I am sure that each of us is able to find the time and write a letter with words of support to one of them twice a year”, said Batrak.

Suleiman Kadyrov, a member of the “Crimean Process” initiative, has already written a letter to one of the political prisoners, Fevzi Sagandzhi, who was sentenced to 10 years and six months of prison for allegedly participating in the Noman Chelebidzhikhan Tatar Volunteer Battalion.

According to the project participants, one of the first who responded the “Letter to Imprisonment” initiative was Crimean human rights activist, coordinator of the Crimean Contact Group and Nobel Peace Prize nominee, Abdureshyt Dzheparov. He sent his letter with words of support to one of the first political prisoners in Crimea – Oleksiy Cherniy.

To see the stories of the political prisoners, to find the addresses of correspondence, to see the tips on how to write such a letter and other information about the “Letter to Imprisonment” project, please, follow the link: https://www.facebook.com/pismanv

"She did everything so that Ukraine could see: Crimeans are still waiting for liberation": human rights activists called Iryna Danylovych's sentence fabricated

Chernobyl 2.0: Less Than One Night Before Disaster

“Those who remained serving the invaders had to take two steps forward”, – the story of a former service person from Crimea

“An acting concentration camp in the territory of Europe” - an interview with former prisoner of Donetsk “Isolation”, Stanislav Aseev.