"She did everything so that Ukraine could see: Crimeans are still waiting for liberation": human rights activists called Iryna Danylovych's sentence fabricated 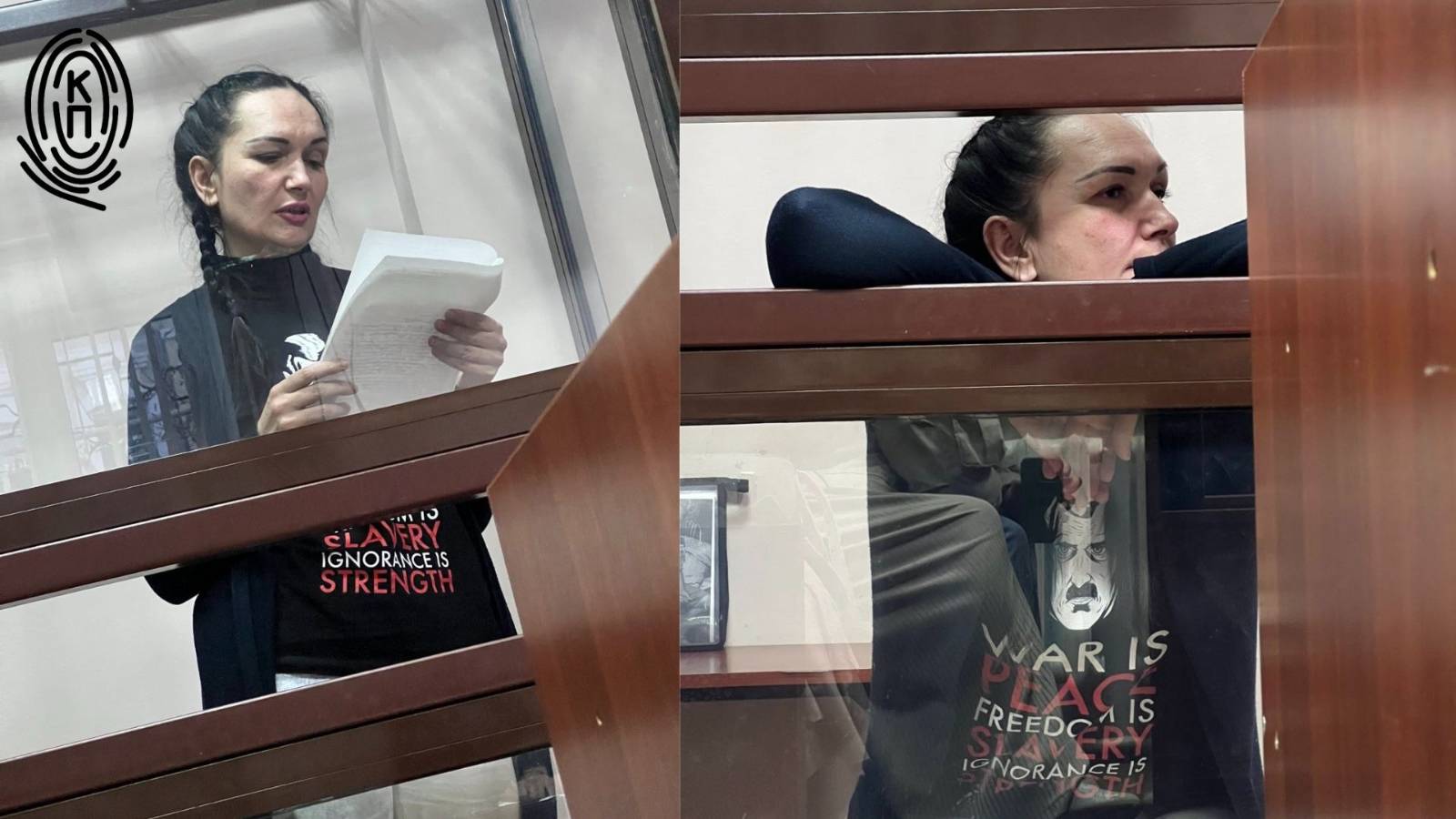 Iryna Danylovych worked as a nurse in Koktebel and was a citizen journalist in the occupied Crimea. She collaborated with the "Crimean Process" and "INzhyr" initiatives, led the Facebook group "Crimean medicine without a cover".

Human rights activists condemned the sentence of the citizen journalist and activist Iryna Danylovych, who was sent to prison for seven years and ordered to pay a fine of 50,000 rubles on a trumped-up charge of carrying an explosive device. The sentence was announced by the occupying "authorities" of the Autonomous Republic of Crimea on December 28, 2022.

Iryna Danylovych worked as a nurse in Koktebel and was a citizen journalist in the occupied Crimea. She collaborated with the "Crimean Process" and "INzhyr" initiatives, led the Facebook group "Crimean medicine without a cover".

On April 29, 2022, the Russian Federal Security Service officers kidnapped and detained Iryna Danylovych for 13 days, without access to a lawyer or notification of the relatives. Later, they "found" explosives in the confiscated bag of Ms. Danylovych. The Russian Federal Security Service officers beat and strangled Ms. Danylovych. Moreover, her health deteriorated significantly during the six months of imprisonment.

Human rights activists are convinced: the case of Iryna Danylovych is fabricated. The journalist was kept in the basement of the Russian Federal Security Service without any status or legal assistance, she was interrogated on a polygraph, and subjected to psychological pressure: she was threatened to be taken to the forest, and was fed once a day. Recently, it became known that Danylovych was beaten and strangled by the Federal Security Service officers.

Volodymyr Chekrygin, Deputy Chair of the Crimean Human Rights Group, said that the case of Ms. Danylovych was grossly falsified, starting with her actual kidnapping by the Russian Federal Security Service officers.

"The whole so-called "investigation" was based on illegal methods: after the abduction, Iryna was kept in the basement of the Russian Federal Security Service building and various forms of pressure and intimidation were applied to her, even torture - she was beaten and strangled. But the Russian Federal Security Service called it a "voluntary appearance" for interrogation. During interrogations, she was forced to confess to connections with Ukrainian special services, the fact of which was not proved. She was forced to sign blank forms, and then two hundred grams of explosives were thrown into her purse. The so-called "trial" completely deprived Iryna Danylovych of her right to a fair trial."

He added that all obvious facts of falsifications were ignored by the "judge" Natalia Kulinska, as well as statements about torture. The "judge" refused the defense of the journalist to question 15 witnesses, allowing only one witness to be questioned. Instead, on the part of the prosecution, false witnesses under the control of the Russian Federal Security Service calmly testified.

"It clearly indicates that Iryna is a prisoner sentenced for her civic activism and support for Ukraine," Chekrygin concluded.

Denys Chystikov, Deputy Permanent Representative of the President of Ukraine in Crimea, is convinced that Russia is trying to put more pressure on the Ukrainians under occupation in such way: "The story of Iryna is a vivid example of the actions of the occupation "administration" since the beginning of the full-scale invasion on February 24, 2022, - an attempt to further intimidate the citizens of Ukraine, who live in the occupied Crimea, so that they do not resist. Russian security forces again demonstrated that human rights are just a set of words that have no meaning for them."

At the same time, adds Chistikov, when choosing methods of pressure, in particular physical, the occupiers do not distinguish between men and women. "However, despite all the violations by the occupying law enforcement officers, prosecutors, the Russian Federal Security Service officers and judges, Iryna remains steadfast. She is demonstrating to the whole world that Crimea is Ukraine, and its citizens, living on the peninsula, have not changed their position in almost 9 years, despite all the Kremlin's efforts," added Denys Chystikov.

The father of the imprisoned journalist, Bronislav Danylovych, said that Iryna Danylovych stayed loyal to Ukraine since 2014: "She did everything she could so that Ukraine saw that Crimeans are still waiting for liberation. She stayed in Crimea and was a citizen journalist despite the constant risks."

The father hopes that Ukraine will not forget Danylovych's contribution and herself: "The country for which Iryna risked her life and lost her freedom has no right to leave the situation as it is. I am sure that both the Ombudsman's Office and the President's Office are already working on her exchange."

Deputy General Director of the Ukrainian Institute, member of the Executive Board of the Ukrainian PEN Club, Ambassador of the #SolidarityWords campaign for the release of Iryna Danylovych Alim Aliyev added that it is important to fight for the release of Ms. Danylovych, as well as the other Crimean political prisoners who are imprisoned on the territory of Russia and occupied Crimea.

A year ago, ZMINA and PEN launched a campaign in support of the prisoners of Kremlin #SolidarityWords. Well-known Ukrainian writers and journalists seek the release of imprisoned Crimean journalists in its frames.

Chernobyl 2.0: Less Than One Night Before Disaster

“Those who remained serving the invaders had to take two steps forward”, – the story of a former service person from Crimea

“An acting concentration camp in the territory of Europe” - an interview with former prisoner of Donetsk “Isolation”, Stanislav Aseev.